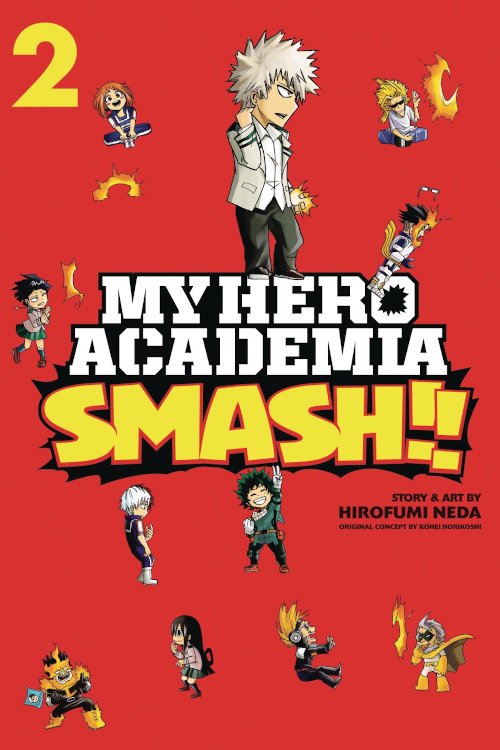 The first volume of Kouhei Horikoshi's My Hero Academia, a perennial best-selling about a school for aspiring super-heroes, returned to the top of the sales charts in December as the month's best-selling manga title.

Kodansha Comics had two titles in the top ten: Attack on Titan Volume 29 ranked #2 and Saint Young Men Volume 1, the first volume of Hikaru Nakamura's series in which Buddha and Jesus are roommates in Tokyo, ranked #7.

Yen On had three light novels among the top ten: Weathering With You ranked #5, Konosuba Volume 10 ranked #8, and So I'm a Spider, So What? Volume 7 ranked #10.