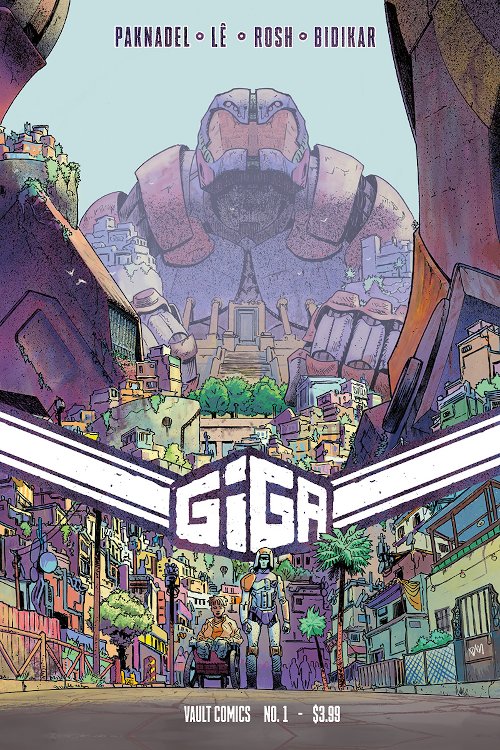 Humanity has built a civilization around the body of a defunct fighting mech in Alex Paknadel and John Le's Giga #1 from Vault Comics, the best-selling non-premier comic book of October.

Finally, Oni Press' Rick and Morty Ever After #1 ranked #8.