Marvel Studios’ Captain Marvel is the unstoppable superhero with a heart of gold. A powerful heroine who starts off her journey as a courageous fighter pilot but soon ends up with cosmic superpowers bestowed upon her by the accidental destruction of an otherworldly super engine. With her newfound powers, resonating from an alien race called the Kree, the newly minted Captain Marvel begins her superpower journey with the classic green, Kree battle costume! Donning that green Starforce uniform, Captain Marvel is ready to take on any threat to the cosmos as the new PREVIEWS Exclusive Captain Marvel EAA-075SP Action Figure from Beast Kingdom!

With an EAA stylized design and intricate paint detailing, this special PREVIEWS Exclusive EAA-075SP Captain Marvel stands 6” tall and comes outfitted in the green Star Force uniform seen in the hit Captain Marvel film! Featuring 22 points of articulation and an assortment of accessories, Carol also includes interchangeable hands, an LED light up function in her alternate helmet head, and a figurine of her adorable "cat" friend Goose, who is in the midst of swallowing one of the infinity stone cubes! With a strong focus on detail, the EAA-075SP Captain Marvel is the perfect addition to the growing roster of Earths Mightiest Heroes in the Egg Attack Action line.

The PREVIEWS Exclusive Captain Marvel EAA-075SP Action Figure (FEB198518, SRP: $89.99) is now available for pre-order at comic shops, with an expected release date of August 26, 2020. To find a comic shop near you, visit www.comicshoplocator.com.

Retailers interested in placing wholesale orders for this item and other PREVIEWS Exclusive items are encouraged to contact Diamond’s New Accounts Department at newaccounts@diamondcomics.com. 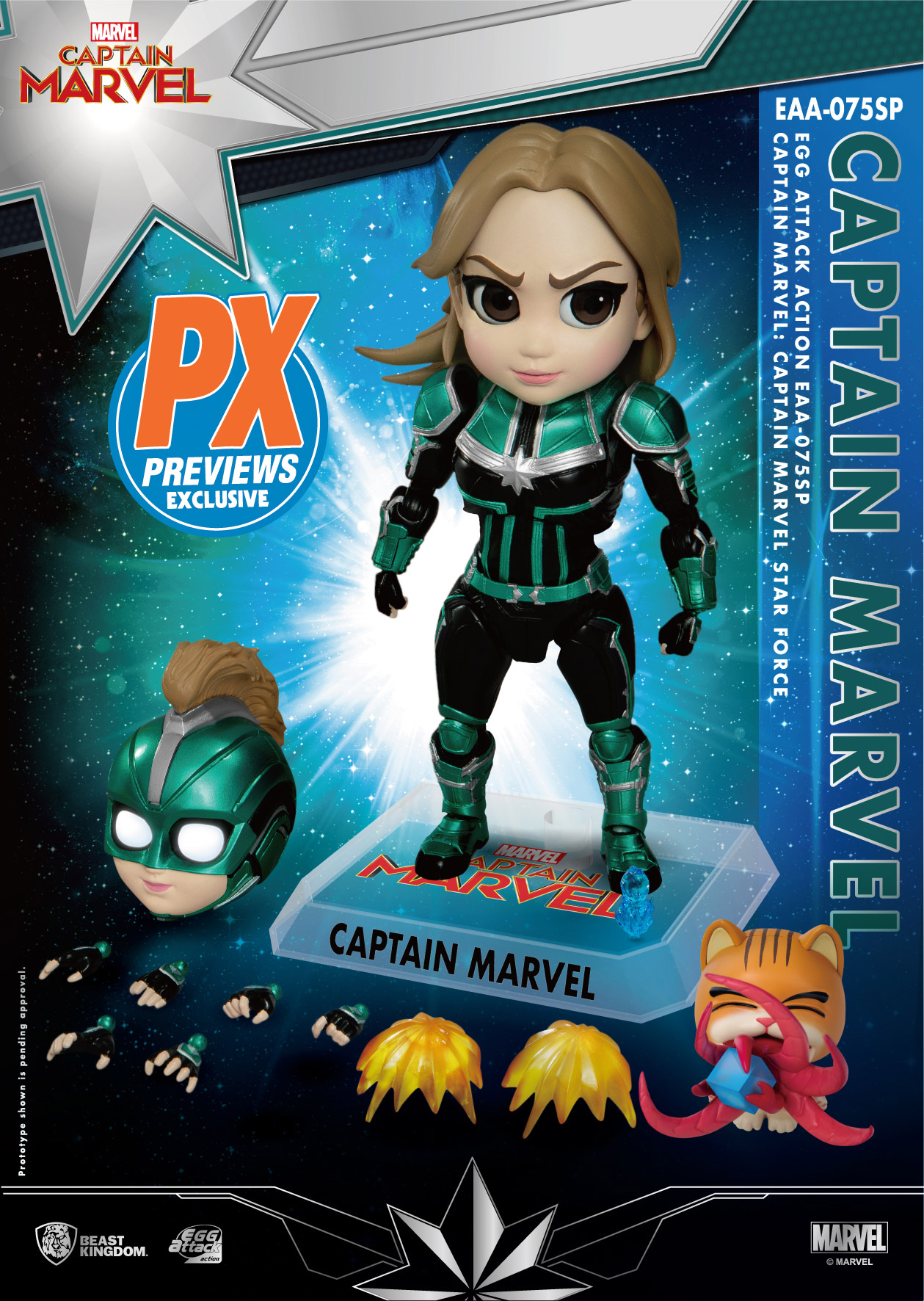 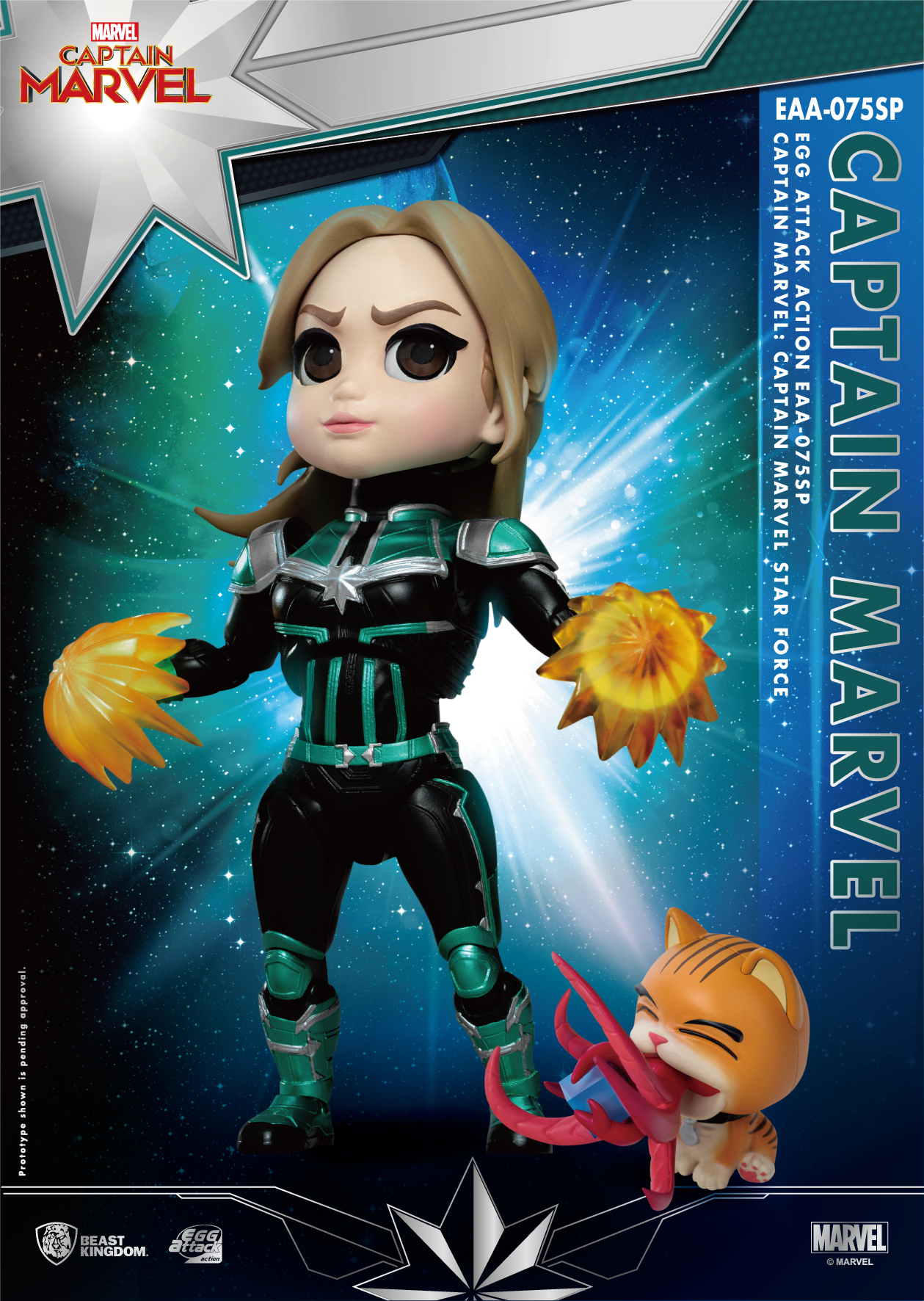 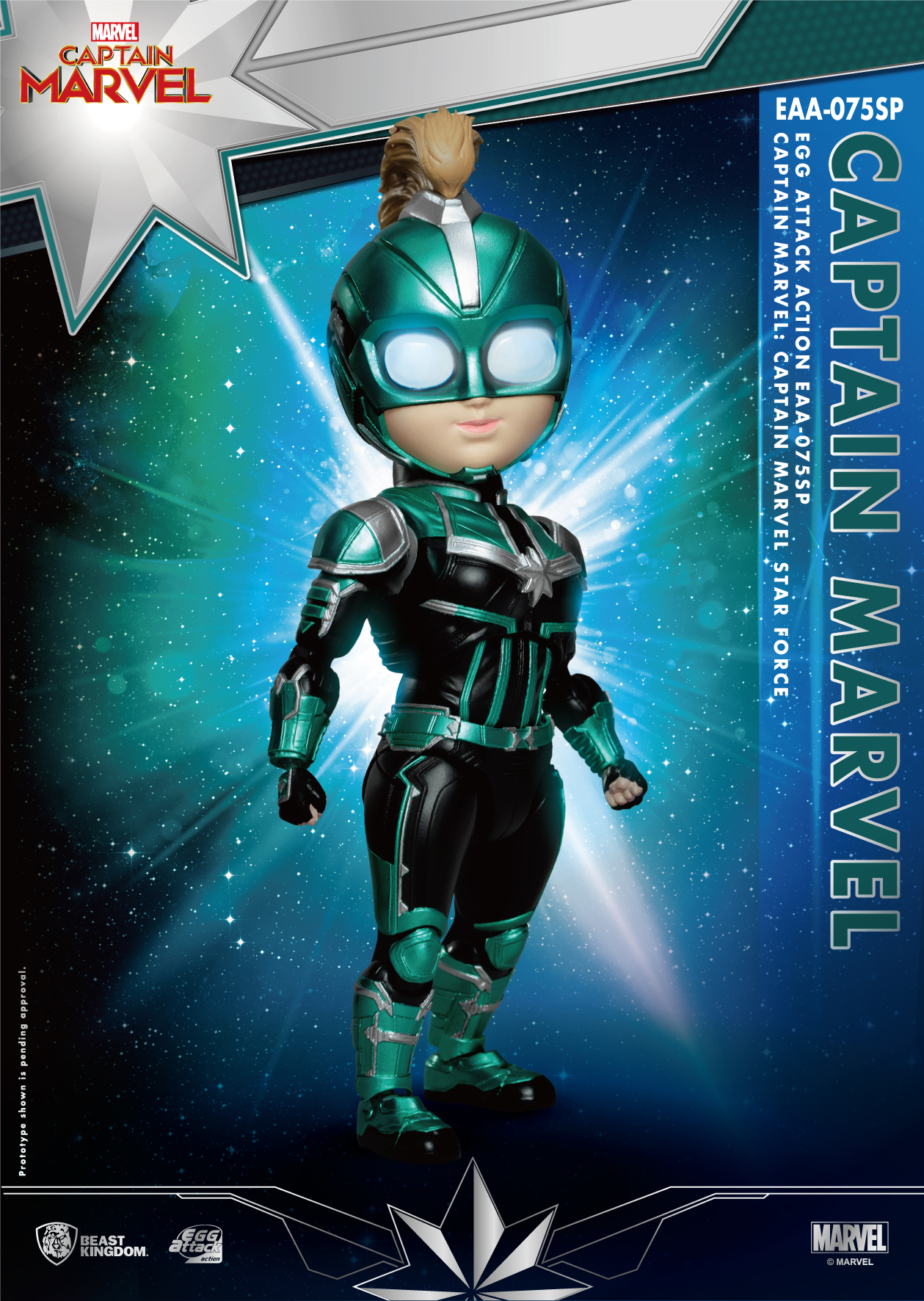