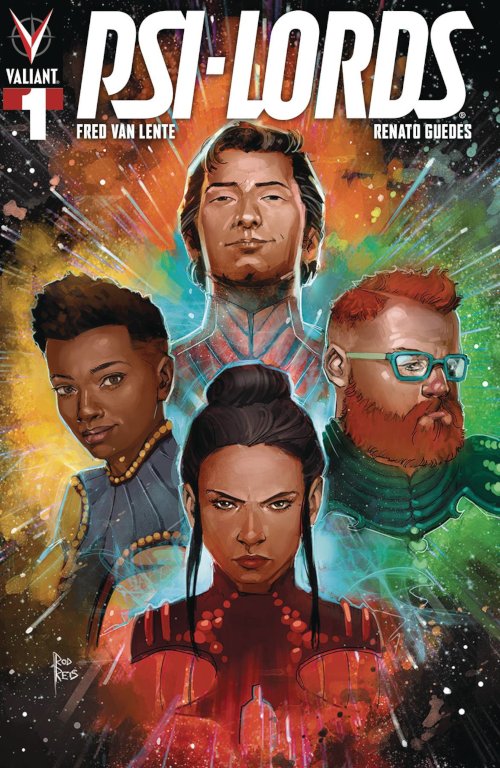 Four astronauts become the pawns of the cosmic beings known as the Psi-Lords in Fred Van Lente and Renato Guedes' Psi-Lords#1 from Valiant Entertainment, the best-selling non-premier comic book of June.

Archie Comics had three titles in the top ten: Sabrina the Teenage Witch #3 ranked #5, Jughead the Hunger vs. Vampironica #2 ranked #9, and Archie #705 ranked #10.