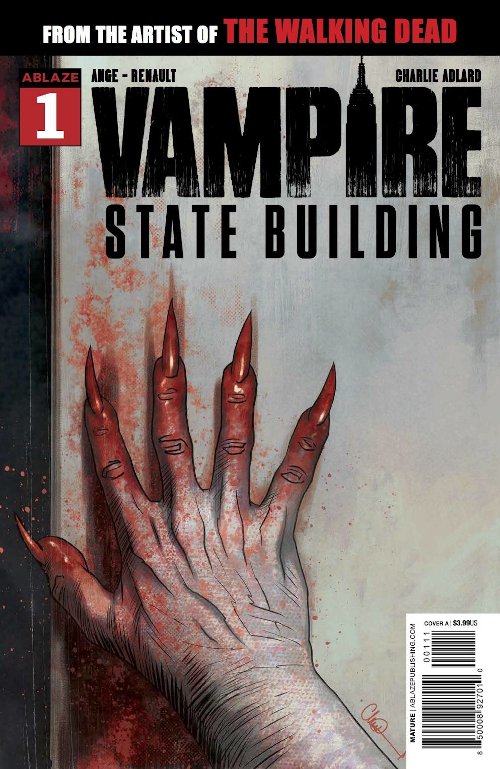 Featuring art from The Walking Dead's Charlie Adlard, Ablaze's Vampire State Building #1, a horror series about a group of tourists trapped by vampires in Manhattan's Empire State Building, was the best-selling non-premier comic book in October.

Oni Press had two titles in the top ten: Rick and Morty vs. Dungeons & Dragons II: Painscape #2, the sequel to IDW Publishing's crossover mini-series, ranked #2 and Rick and Morty #55 ranked #9.