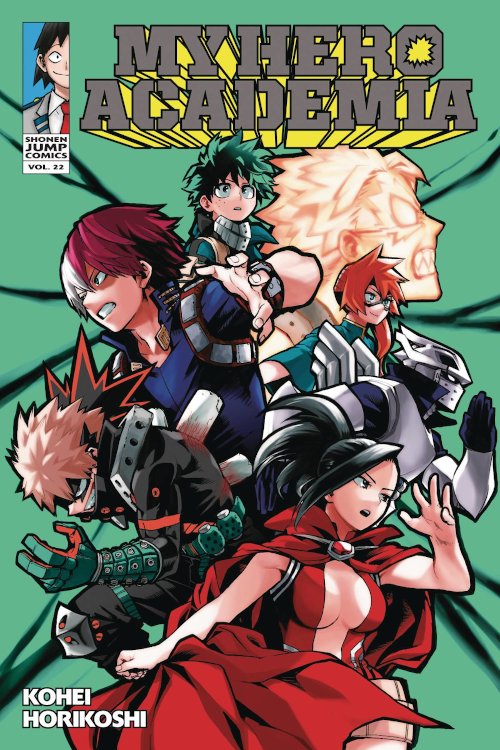 The students engage in youth battle training in Kouhei Horikoshi's My Hero Academia Volume 22, the best-selling manga of January.