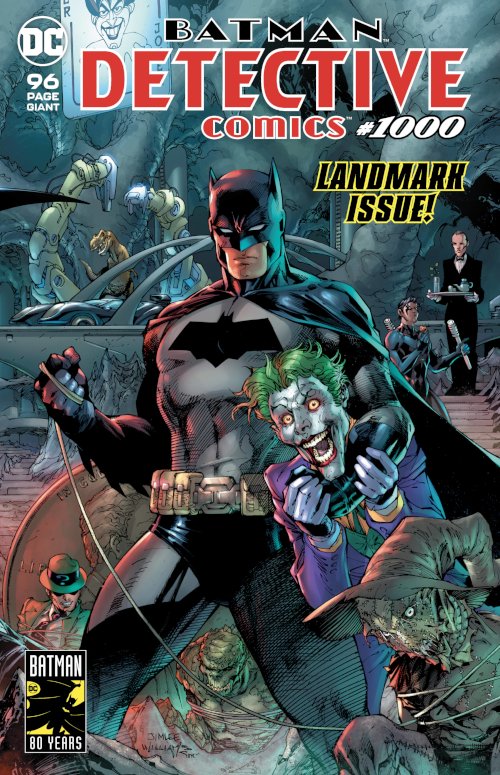 An all-star roster of writers and artists celebrate 80 years of the Dark Knight with the oversized Detective Comics #1000 from DC Comics, the best-selling comic book of March.

Among the premier publishers, their top books were Image Comics' The Walking Dead #189 at #30, BOOM! Studios' Buffy the Vampire Slayer #3 at #76, IDW Publishing's Transformers #1 at #90, Dark Horse Comics' The Umbrella Academy: Hotel Oblivion #6 at #131, and Dynamite Entertainment's Red Sonja #2 at #135.