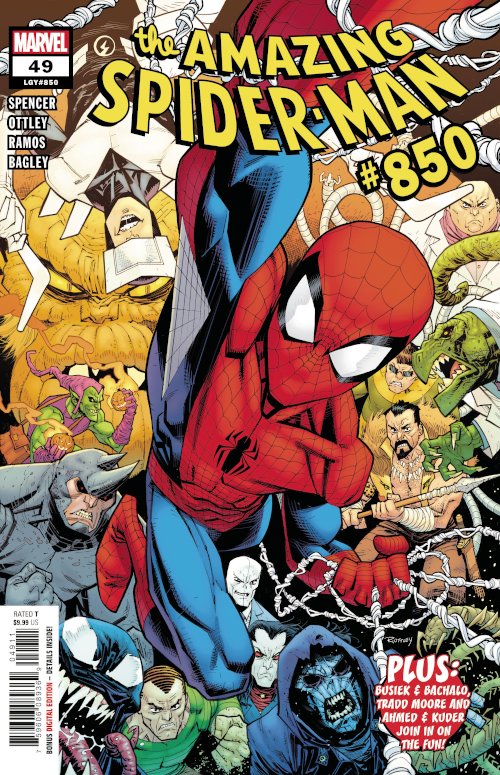 Spider-Man faces the twin threats of the Sin-Eater and the Green Goblin in Nick Spencer and Ryan Ottley's Amazing Spider-Man #49, the 850th issue of Marvel Comics' iconic series and the best-selling comic of October through Diamond Comic Distributors.

The best-selling comic titles from the other premier publishers in October were IDW Publishing's Teenage Mutant Ninja Turtles: The Last Ronin #1 by Kevin Eastman at #18; Dynamite Entertainment's DIE!namite #1 by Declan Shalvey, Fred Van Lente, Vincenzo Carratu, and Justin Mason at #23; BOOM! Studios' Something is Killing the Children #11 by James Tynion IV and Werther Dell'Edera at #29; and Dark Horse Comics' Neil Gaiman's Norse Mythology #1 by P. Craig Russell, Mike Mignola, and Jerry Ordway at #56.