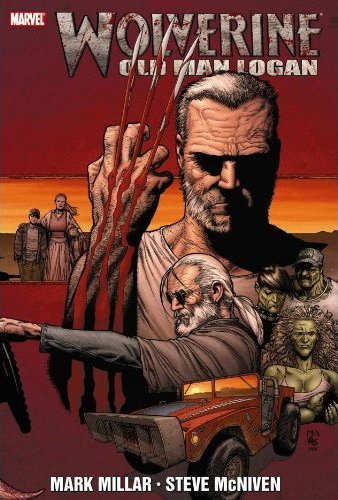 Wolverine and Hawkeye epic adventure on a cross-country journey through a post-apocalyptic America gave Marvel Comics the best-selling graphic novel in September with the softcover edition of Wolverine: Old Man Logan, the collection of the story arc from writer Mark Millar and artist Steve McNiven.

Oregon-based publisher Dark Horse Comics had four of the top ten best-selling graphic novels for the month, led by Dr. Horrible at #2, a collection of the mini-series and webcomics based on Joss Whedon's Dr. Horrible's Sing-A-Long Blog. Mike Mignola's The Amazing Screw-On Head & Other Curious Objects ranked #4, Adam Warren's Empowered Volume 6 ranked #7 (and was the best-selling manga to comics specialty retailers for the month), and Star Wars: The Clone Wars: Hero of the Confederacy ranked #10.

Among other Premier publishers, IDW Publishing's lead book in September was Classic G.I. Joe Volume 9, ranked #51 for the month.

Data for Diamond’s sales charts – which include the monthly market shares and all top product charts – are compiled by Diamond Comic Distributors from a universe of over 3,500 accounts, comprised of comic book specialty shops and other merchant stores and buyers. The shops are primarily located in North America, with a percentage of sales also to international stores and buyers located throughout the world. The account base includes not only brick-and-mortar comic book specialty shops, but also Internet stores, chain stores, and other specialty stores.

Unit and dollars sales are calculated based upon orders invoiced and shipped to Diamond accounts during any given month, which comprises initial pre-orders, advance reorders, and reorders, minus any copies that are received back from a title marked as returnable.